An Aspergirl in lessons

I am back to my Aspergirl series. Good news on this front. I have had accepted my idea for articles about how I found out and was diagnosed with Asperger's by an Australian magazine that writes about autism and Asperger's. Just my thing. They want it in two parts, so have been working on that.

Back to my blog series. So I am at secondary school still. I was very quiet but hardworking in lessons. I never volunteered to answer questions, always the person to keep their hand down, and didn't want to read out loud any work from books we had to work on. That was until near the end of the 5th year when I decided to be brave and do that. The feeling I had then when I was chosen to read out loud was how I feel now when I have to introduce myself or read out my work in writing talks. I go through what I want to say in my head, and when my time comes, I get it jumbled. Or when it comes my time to read the work, I can feel my hands going sweaty, my heart beating loudly that I wonder if anyone else can hear it.

A couple of years ago I wrote a poem for a competition about this feeling. I didn't get anywhere though. Here it is now.


I put my hand up to speak


and see the teacher smile


only to find I can only squeak


and want to run a mile

But I open my mouth and am heard


and I’m the one that’s smiling


as I say more than a word


and have not gone into hiding

That’s the day I stopped my nerve


from taking over me


It was a true learning curve


which I conquered finally
I hope you like it.
Posted by Julie Day at 03:26 4 comments:

For years on and off I have suffered from IBS (irritable bowel syndrome). It came to a head in 2001 and I went to the GP and was put on two tablets. I have been taking these ever since, but the last week I have been thinking that they may not be doing the work they should be doing or working too much for me as I have been more times than usual (sorry, I know that TMI). So, since Monday this week I have started an experiment. My mum used to have the same problem and was put on the same medication, until she stopped hers and got lots better. So, I am doing the same. I had the two tablets on Monday morning and not have had any since then. The results - I have been a lot better stomach wise and feel better in myself. I might carry on for another week to see what happens, then go back on them for a couple of weeks to see if I go back to what I was like last week. So I shall let you know what happens. Watch this space...
Posted by Julie Day at 02:48 No comments:

What Geraldine would say in One Good Turn

Welcome to the first of new blogs about what Geraldine would say to her love, Keith, and her relatives she visits back down on Earth. So, in One Good Turn she reunites with her ex love and soulmate, Keith. When she finds she still loves him, this is what she says to him: 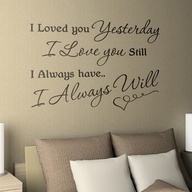 As the week goes on, she falls more in love with Keith and gets him to love her too. This changes her for a better person. She then realises: 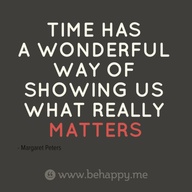 Don't you just love these sayings? I do.

Up in Heaven with Keith, Geraldine does the washing-up and uses this tea towel: 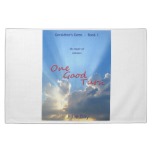 And on her travels to and from Heaven to visit her relatives, Geraldine would need a drink. So she could use this water bottle: 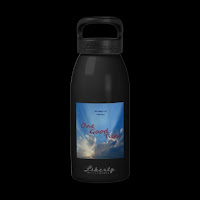 The tea towel and the water bottle are available from my Zazzle store - www.zazzle.co.uk/julieangels/gifts.
Posted by Julie Day at 03:25 No comments:

Sensitive skin, citrus and alchohol (drink and in toiletries)

What do the above have in common? Rosacea. I have had sensitive skin for many years now being fair-skinned, but it only recently in this v cold weather we have been having that I have noticed a dramatic difference in my facial colour. Years ago my cheeks used to go bright red, but after starting to use natural and organic products it calmed down. Now this last month I have noticed that it has got a lot worse, and it's not only the cheeks that go bright red but my forehead and rest of the face too. When I was out in the cold yesterday I felt my face tingling, going red with the cold, and this is one of the symptoms of rosacea. Extreme change of temperatures. So, what does citrus and alcohol have to do with it? Well, both can make rosacea worse. I had been eating clementines up until yesterday but have now cut those out. I also had been eating lemon marmalade now and then, and will cut out that and have a jam instead. As to alcohol. I don't drink due to medication I am on, but I have read that you should avoid using toiletries with it in. Using natural and organic products I thought I might be all right, but no. I have found different sorts of alcohol in hand creams and facial creams and washed. There are several different types of alcohol to watch out for, and not just alcohol. There is alcohol denat, cetyal alcohol, benzyl alcohol and a few others that I can't pronouce. I have read that most of these are skin irritants. So, this coming weekend I am going to go through all my toiletries I have been using and empty them if they have any of those in.  If I do have rosacea then I shall have to read labels v carefully from now on. I did start to use natural soap on my face but thought that was too drying for my skin. We shall see what happens.
Posted by Julie Day at 02:46 No comments:

An Aspergirl at secondary school - bullied

As promised I am back with my Aspergirl series and talking about being bullied. I have previously mentioned a girl called S. Well, she was one person who bullied me. She bullied me into taking half of my lunch most of the time, she bullied  me in English, as it was called then, by nicking my pens and pencils, hiding them and pretending she didn't know where they were. I knew that she had taken them. I remember one time that I retaliated and pretended to bite her as she took my stationery. Unfortunately the teacher saw me do it and told me off. The bullying got so bad that I told my mum and she told S's mum and both mums went to the school to discuss it. I think after that, the bullying stopped.

S wasn't the only person to bully me. The first couple of years at school there was a small group of coloured girls who where two years older than me who picked on me. It was verbal bullying this time, not like what I got from S. They used to tell me to lick their shoes or wipe their shoes and laugh. They also jeered at me. I can't remember what I did to make them stop, it was either me ignoring them or said something to them which took them by surprise as I was usually quiet, but they stopped. Thankfully, shortly after that they left the school as they were older than me and had graduated.

So, my one main thoughts now that I know I have Asperger's is that bullies are cowards because they see someone different, with me I was quiet due to my AS, and picked on me. They don't pick on others who are like them, but people who they think are more vulnerable than them. What do you think?
Posted by Julie Day at 02:57 6 comments:

Yesterday morning I went to a goal-setting brunch near Covent Garden. It was organised by one of the members of SCBWI at the conference last November. There was a matter of finding the place first. This time I had the London A-Z with me, and had one page in particular. I ended up asking a few people and found that I had passed the street I needed. So I had to backtrack and find the street again, which I did. I wasn't the only one that got lost. Knowing the way I came, I managed to find my way back OK.

Over brunch, I had a toasted tea cake with strawberry jam and a glass of peppermint tea (v nice too), we talked goals. We were given a small brochure where we had to write our main goals - mine were to reach as many readers online as possible, and raise awareness of autism in adults esp women. I told everyone my first main goal. Then we had to write down how we'd reach that goal in bite-size steps. We talked about how we were going to do this and what they were. I had a very interesting and useful chat with a couple of others about raising awareness of autism in adults and how to go about it. Anita (Hi, Anita) said that her brother in law had recently published a book of poems that inc ones by people with autism, and would I like him to have my details as he would be interested in other writers with autism. I said yes. Hopefully she'll do that today. I wrote down a few other ways to do this. And this chat has spurred me on to find magazines about disablities and approach them about an article or doing a column. We then talked more about what we were going to do this month and when by. And had one goal to do this month.  I found this really inspiring and useful and can't wait to go to the next one.

My main goal for Feb is - to find a magazine about disabilities and approach them with the idea of either doing an article or a column about living with Asperger's. I have managed to find a few articles about writing for them. and how to write articles in themselves, so will read those. About to look up these mags online. Will look next week when we go shopping for them in  a store. So watch this space...
Posted by Julie Day at 03:18 1 comment:

In the recent bitter weather we have had here in London, and the UK, my mum and I thought it a good idea to buy tinned and frozen carrots in case we couldn't get out shopping for a while. Well, we have tried both and here is my verdict.

We tried the frozen ones first in spag bol. We left them out to thaw before slicing them to put in the spag in a pan. When we came to eating the meal, we both thought the carrots tasted watery and weak. That was a no.

Last week we tried the tinned carrots with a roast dinner. This time we ate them separately but poured veggie stock on them. Verdict - still watery and weak, but I didn't think they were as weak as the frozen ones.

In my opinion, fresh ones beat both frozen and tinned. Their taste is so much nicer and more carroty. The others didn't taste that carroty at all.

So, when it comes to healthy eating and esp carrots, fresh is best.
Posted by Julie Day at 06:01 No comments: